Rowing on the Cousins River and Beyond 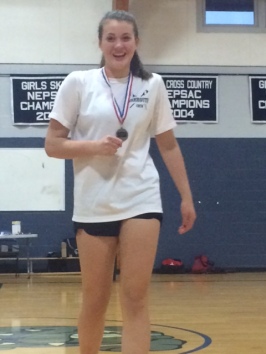 The Yarmouth Youth Crew had a very strong showing at the 2017 Ergatta at Berwick Academy on Tuesday, March 28, where they competed against the always-competitive Waynflete School, the host team, Berwick Academy, and new comers, Merrymeeting Crew.

Weeks of hard work and dedicated training resulted in plenty of PRs (personal records) for both the veteran rowers and the novices and the effort clearly shows in the faces of the competitors in the post-race team photo (below).

Rowing a 2000 meter race takes the same physiological toll as playing two basketball games back-to-back. And it exacts that toll in about 8 to 10 minutes. 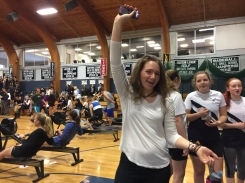 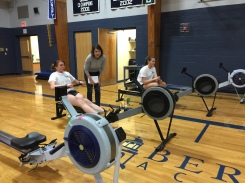 Novices Brie Hathcock and Keely McConville go through their warm up with Coach Liz Seward. 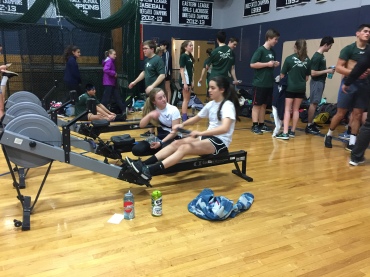 Veteran rower Robbie Southall gives her sister Sadie, a novice, some pre-race advice during her warmup.